Bedlam Brewery are one of Sussex's leading brewers, using a solar-powered brew house in the heart of the South Downs.

Socially responsible brewery based on a farm at the foot of the South Downs National Park, Sussex. We feel passionately about our environment and embrace our beautiful, rural location which inspires us to create the beer we love and want to share. Solar energy powers the brews and we donate all the used grain to local farms for delicious cattle feed.
Our core range includes 6 cask and 6 keg beers plus a range of 12 packaged cans and bottles covering all styles from low abv Pale Ales to Classic Pilsners to High Strength juicy IPAS. Many of the beers command GOLD medals for best in class and a number have a charity element to them.

Bedlam was established on Albourne Estate winery in 2011 by a group of friends at the local tennis club and we were then encouraged by our local community to start brewing commercially in 2015. We have since expanded and moved to our current location. We continue to promote a strong community ethos.

Bedlam was named after Bedlam Street running through Hurstpierpoint to our original site. We are informed that the original Bedlam road runs directly through to our new site, which, if true, would be a crazy coincidence!

We've raised over £1000 for Project Biodiversity to preserve the marine environment, specifically the welfare and shelter of baby sea turtles in Cape Verde (where the majority of sea turtles converge to breed). We have our own Bedlam Turtle Hatchery there which has resulted in 82% of hatchlings vs an average of 69%.
In 2019 and 2020 we were awarded ‘City Angel’ status by Pride in recognition of our support for Pride and the community and charity activity Bedlam is involved in alongside our Eco credentials. We are the only brewer to receive this status. 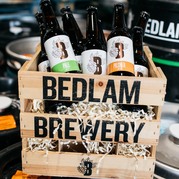 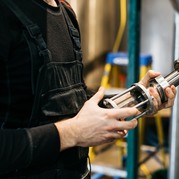 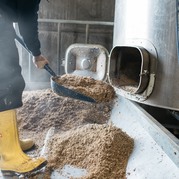 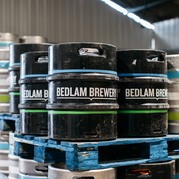