We are a family owned spirits company with a rich heritage and roots in Fife, Scotland.

The story of Wemyss Family Spirits begins in 2005 when brother and sister team; William and Isabella Wemyss founded Wemyss Malts.

Inspired by the family’s French vineyard coupled with the family’s Scottish roots they began their journey into whisky production and in particular small-batch Blended Malt whisky, a style which utilises the best that Scotland has to offer.

The journey continued with the founding of Darnley’s gin in 2010. Named after Lord Darnley, the husband of Mary Queen of Scots who met while staying at Wemyss estate, Darnley’s gin is a London dry style that has a huge amount of diversity within its range.

The final stop on the family’s spirit journey was establishing Kingsbarns Distillery and Visitor centre in 2014. This Lowland single malt came of age in 2018 with the first release; Dream to Dram. Home grown barley, water sourced from beneath the distillery, meticulous production and an exceptional cask policy all combine to produce a light, delicate, flavourful whisky with a maturity beyond its years. 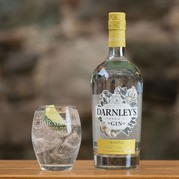 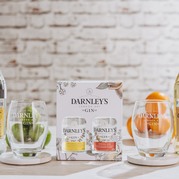