The Foraging Fox was co-founded by Desiree Parker and Frankie Fox in 2015. Each of our foxy sauces are carefully crafted with all natural ingredients, without the added nasties. For the closest thing to homemade you’ll find!

Our name was inspired by and in memory of Frankie’s father, Roland Fox, a plant and mushroom expert and the original Foraging Fox. Frankie’s childhood was an idyllic one, growing, identifying and foraging plants with Dad and Mum and learning to cook these foraged finds at home.

Our award winning Beetroot Ketchup recipes started as just one more adventurous kitchen project in the Fox household when Frankie left the city to spend more time in the country with her children.

They started by finding and growing things in their own garden and in the process, exploring ways to preserve their produce. Looking for a way to use a bumper crop of beetroot and apples one year, Frankie and her children developed a recipe that was soon a hit with everyone.

Frankie went over to see what her good friend, Desiree, had to say. After just one taste, Desiree jumped at the chance to join Frankie at their very first trade show in London with nothing more than a small fold out table and 20 bottles of homemade ketchup.

Leaving that show with a long list of potential stockists across the UK and overseas, the pair quickly realised that beets were big business and in 2015 The Foraging Fox Beetroot Ketchups left the Fox family kitchen for their first major production.

The foxes started to grow in popularity as more and more people opted in for their bright purple hue.

From kitchen table to an international sensation, The Foraging Fox continues to win accolades from critics, journalists, mums, dads and kids the world over and we hope you enjoy every mouthful! 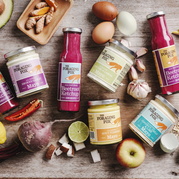 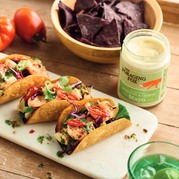 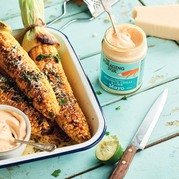 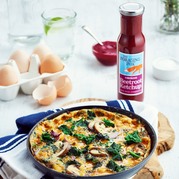 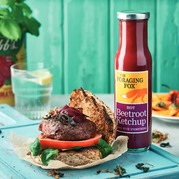 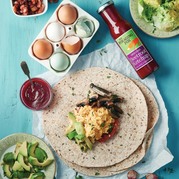