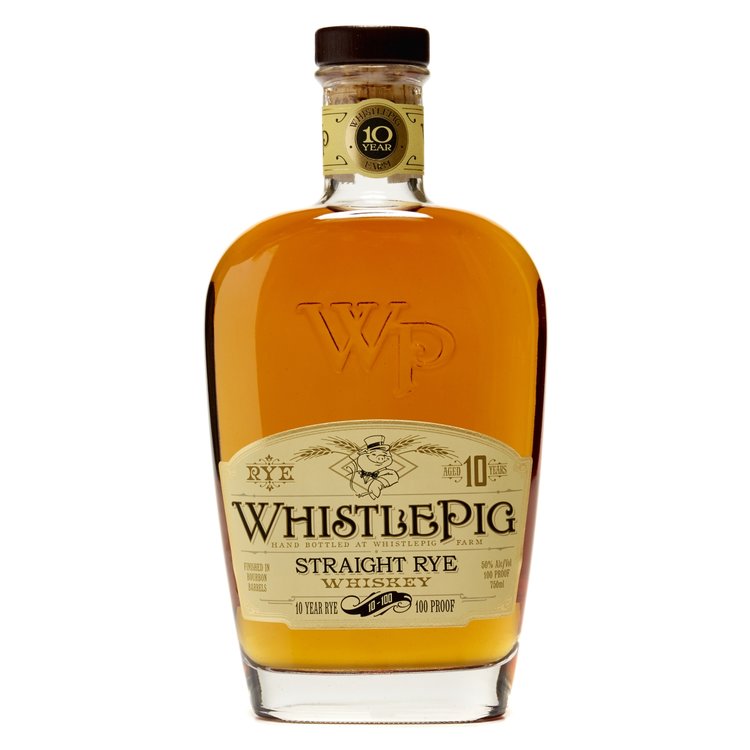 Sold by: The Cocktail Connoisseurs

Customer Reviews 5 out of 5 (1 customer review)

A 100-proof straight rye whiskey, aged for at least 10 years through a unique double-barrel process. The producer lives by a simple ethos: protect what makes rye whiskey great, toss out the rest, and then innovate to make it better. This embodies the perfect combination of proof, purity and age.

Founded in 2008, WhistlePig is now the most awarded Rye Whiskey maker in the world. We live by a simple ethos: protect what makes Rye Whiskey great, toss out the rest, and then innovate to make it better.

About the Producer
WhistlePig was born in 2008. After spending his last dime on 500-plus magical acres in Shoreham, Vermont, Raj joined forces with Master Distiller Dave Pickerell (of Maker's Mark fame) to plot the long awaited return of rye whiskey to the States.

The two men got their hands on the best batch of aged rye in North America. A few months later, in February '09, they hatched a 5-year plan to transform WhistlePig Farm into the first ever single malt, one-stop rye shop, with all stages of the process located on site: from growing the grass, to distillation, to barrelling and ageing, to bottling. With the opening of our single-estate farm distillery in the summer of 2015, what was once a pig-headed dream will be a top-shelf reality. WhistlePig is proud to be the most awarded Rye Whiskey maker in the world.

On January 1, 2010, Raj and family cleared out an old barn, rolled up their flannel sleeves, and started bottling the exquisite rye.

The Pig was out of the pen!

96 points from Wine Enthusiast, one of the highest rated Rye Whiskeys of all time. WhistlePig won Best in Show Whiskey (San Francisco Spirits Competition 2017) with Boss Hog, The Black Prince.