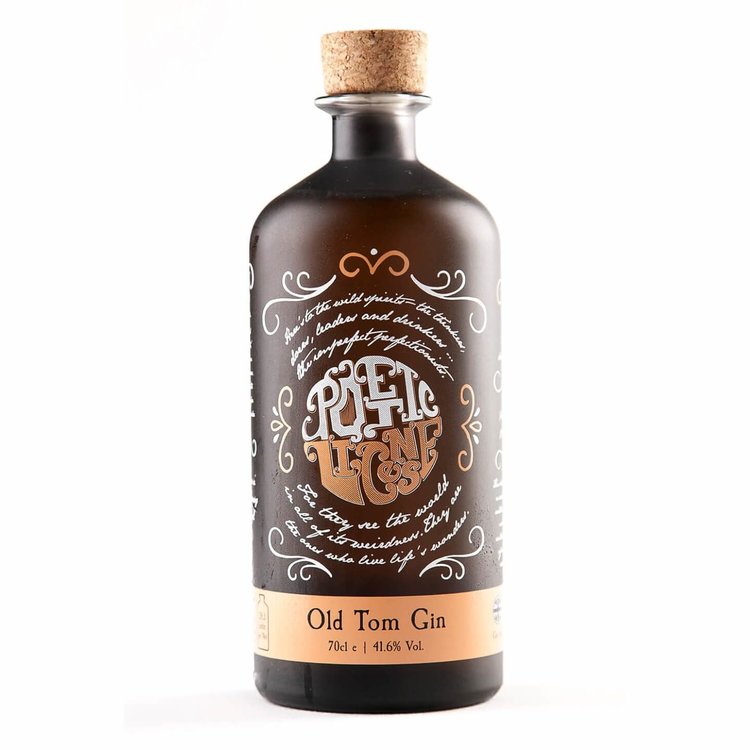 Made and sold by: Poetic License Distillery

Standard: Order by 12pm on 18 December

This classic gin, originating from a mid-1800s recipe, delivers a sweet and peppery taste. From the botanicals alone we nurture its sweet taste, while our oak casks continue to add flavour and colour. The inclusion of rose petals infuses a distinct character to the sweetness as well as a slight rose gold tinge.

The award-winning Poetic License Distillery actually do their distilling, rather uniquely, in a bar of the same name on the coastline of Roker, Tyne and Wear! Each of their spirits have won fantastic awards at the Gin Masters Awards 2015 and the International Wine and Spirits Competition, to name a few. Producing their core spirits by hand in 500l pot still called Gracie, they also like to add seasonal specialities and limited edition rarities. For now, though, these are top secret! They produce three constant products: the critically acclaimed Northern Dry Gin and Old Tom Gin, which offer unexpected, punchy flavours, while Graceful Vodka is gloriously smooth. They are very passionate about using fresh natural botanicals in their Gins and only British Wheat for their Graceful Vodka. Passions they believe come across in their continued support for local suppliers and through the charities they are involved with.

Pour two measures over ice, serve with premium ginger ale, garnish with red apple and cinnamon. The sweet notes of our Old Tom Gin thrive in more subtle cocktail recipes. Ingredients like lavender and rose give it good balance whereas bolder ingredients such as anise, juniper and clove could mask its delicate flavours and are best used sparingly.

Store in a cool, dry area.